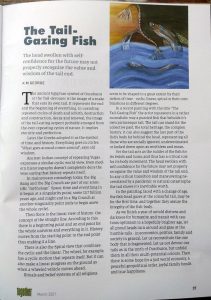 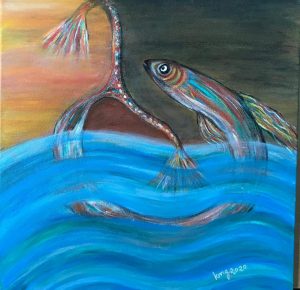 The ancient Egyptian symbol of Ouroburos or the Tail-devourer is the image of a snake that eats its own tail. It represents the end and the beginning of everything. In unending repeated cycles of death and rebirth, destruction and construction, decay and renewal, the image of the tail-eating serpent probably emerged from the ever repeating cycles of nature. It implies eternity and perfection.

Later the Greeks adopted it as the symbol of time and history. Everything goes in circles. “What goes around comes around”, says old wisdom.

In mainstream cosmology today, the Big Bang and the Big Crunch are part of our scientific “mythology”. Space, time and everything in it began at a singularity point, some 13.7 billion years ago, and might end in a Big Crunch at another singularity point (only to begin anew the whole cycle).
Then there is the linear view of history- the concept of the straight line. According to this there is a beginning point and an end point for the whole universe and everything in it. History moves from the starting point to the end point thus making it a line.
There is also the Spiral view that combines the cyclic and the linear. The wheel , for example, has a cyclic motion that repeats itself. But it can also make a linear progress on the ground as when a wheeled vehicle moves ahead.
Rituals and belief systems of all religions seem to be shaped to a great extent by their notion of time – cyclic, linear, spiral or their combinations in different degrees.

In a recent painting (attached) with the title “The Tail-Gazing Fish” the artist represents in a rather surrealistic way a puzzled fish that beholds it’s own picturesque tail. The tail can stand for the collective past, the total heritage, the complex history. It can also suggest the last part of the fish’s body far behind the head, representing all those who are socially ignored, underestimated or looked down upon as worthless and mean.
Yet the tail acts as the rudder of the fish for its twists and turns, and thus has a critical role for its body movement. The head swollen with self confidence for the future may not properly recognise the value and wisdom of the tail end. In any critical transition and manoeuvring necessitated by a pandemic or natural catastrophe the tail shows it’s inevitable worth.

In the painting, faced with a change of age, the fish-head gazes at the colourful tail , may be for the first time , and together they assure the integrity of the fish-body.

As we finish a year of untold distress and darkness for humanity, and transit with cautious optimism to a hopefully brighter age, let all proud heads turn around and gaze at the humble tails – in economics, politics, family and society in general. Let us reconstitute the one body that is fragmented. Let us not devour our tails as in the myth of Ouroburos, but unfold them in all their multi-potential colours. Then there is some hope for a just world economy, a peaceful geopolitical order, joyful family bonds and true happiness that we all seek in a New Year.